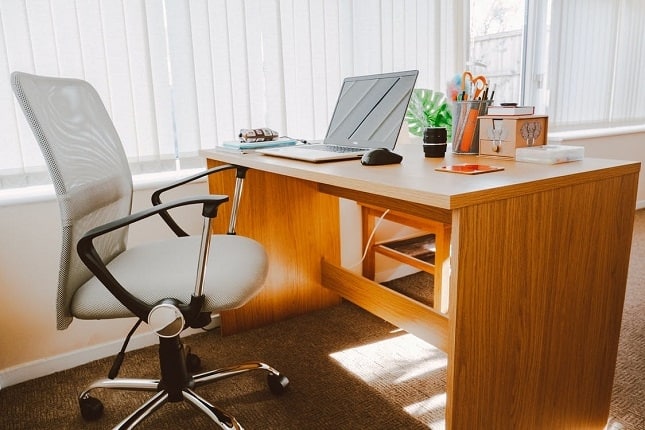 Much like agriculture, dentistry, cooking, and the wheel, chairs are one of many inventions we have from before our ancestors began recording things with the written word. The first recorded instance of a chair comes from 3000 B.C. on a piece of greek sculpture. It was a wooden chair of the four legged variety like one might find out on a porch or in a wicker furniture section. But times have changed and so have chairs.

In 1655 German watchmaker, Stephen Farffler, invented the first self propelled wheelchair. Author of the revolutionary book On the Origin of Species, Charles Darwin was one of the first to put wheels on his study chair to allow him to move around his office more quickly. It wasn’t until a fateful day in 1949 that Thomas E. Warren gave us all the beauty that would become what we all know as the modern office chair: “The Centripetal Spring Armchair” Besides being a mouthful this elaborate seating fixture looked much like a modern office chair, as it featured the ability to adjust in most directions, revolve, and roll.

The main difference one might notice today is its classically inspired legs and its general air of monarchic wealth. Fun fact: Warren’s chair was so comfortable that Americans at the time thought it was against morality (it was in vogue at the time to sit in perfectly straight and intentionally uncomfortable chairs to show one’s willpower and moral fiber) Fun fact 2: Thomas E. Warren designed his sinfully cozy chair in 1949, but it wasn’t until 1951 that it was shown in the Great Exhibition in London, so it’s a possibility that he kept it all to himself for those two years.

Anatomy of the Chair

Now that we know about the scandalous history of our seating, what is the presence of the office chair? At the time of writing, you can pick up a little piece of Thomas E. Warren’s luxurious legacy for the price of a couple of candy bars, or a small house. Like most things though there’s going to be a certain point on that scale that’s right for you. A lot of that price point will come down to preference in style, material, and to some degree, brand. There’s much to be said about those points but for now, they’re beyond the scope of this article so we’ll move on to the more universal aspects of chair critic: Ergonomics.

Ergonomics is to chairs as metal is to knives. The primitive tools of our ancestors did do the job, but they did it poorly with a greater chance to injure their users. An office chair has four main components we should be concerned about: Back support, seat, armrests, and legs (also known as the base). The formermost of which you most likely have at least an inkling of. The back is, after all, what first comes to mind when we think of posture. Despite common conception, however, the other components are no less important.

To be truly ergonomic an office chair must meet all of the following criteria:

Supports the lumbar (lower back) in such a way that the user is comfortably seated in an upright position. A chair lacking this, like the earlier mentioned 19th century torture devices passed off as chairs, will have the most obviously deleterious effects on the spine. A good chair should conform to the lumbar’s ideal contour, this means it should take strain off of the spine without overcorrecting and curving too far back, thus leaving the spine in a state of lordosis. (Where the spine curves overly forward above the buttocks and below the ribs)

A chair that isn’t comfortable to sit on obviously isn’t ergonomic but it bears more mention than it would seem at first brush. A chair whose seat depresses over use and becomes hard and uncomfortable isn’t just annoying, it can also potentially be dangerous. By the same mechanism the spine and pelvis are damaged from sitting on your phone for too long, uneven, lumpy, or overly firm seats can pose a serious issue.

An often overlooked aspect of a good office chair is that it must allow your arms to rest upon its arm rests without the need for contortion. Unless you can find a chair that is exactly right for you this probably means a chair with adjustable arm rests. You should also be able to comfortably reach your keyboard or other project inputs without strain or effort.

4. Keep feet flat on the floor with knees 90 degrees

An ergonomic office chair should allow your feet to rest flatly on the floor, with your knees resting comfortably around 90 degrees. As many martial arts flicks love to tell us, the stance starts in the legs. This happens to hold true even while sitting.

Allow the head to remain upright.

While not always explicitly part of the chair, another key factor of a good ergonomic office setup is that your head should be upright. This doesn’t necessitate a headrest, though that can sometimes help, but it does require that whatever your eyes are primarily focused on should be around or just below eye level.

If all these criteria are met you should have that is ergonomic, and comfortable enough to make someone from the 19th century blush. 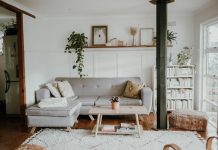 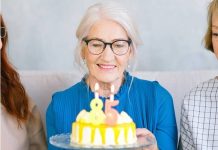 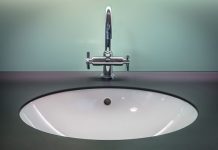 Different Types Of Faucets For Your Bathroom

James George - June 22, 2022
Marketing is a multi-faceted concept that plays a significant role in the success of a company, organization, industry, or cause. It’s best defined as...

Where and How Mesh Banners Are Utilized