Were you injured on the job? If so, you might be entitled to workers’ compensation benefits. Those benefits may include lost wages from when you missed work due to your injury, medical expenses, and compensation for temporary or permanent partial or total disability if seriously injured.

Every state has filing deadlines for workers’ compensation claims, so you must file a claim soon if you are eligible. Find out if you meet the following factors and can get paid, as explained by the office of a prominent Philadelphia Workers’ Compensation lawyer.

Are You an Employee?

Only “employees,” not independent contractors, are eligible for workers’ compensation benefits.

Most employers are required to carry workers’ compensation insurance to provide for employees who are injured or contract an illness or disease while working. Some, like the government and large international corporations, are allowed to self-insure.

Insurance can be expensive. Employers have been known to misclassify employees as independent contractors to avoid or minimize this expense and other payroll expenses. One way they attempt to do this is to pay employees their full wages with no deductions and issue a 1099 tax form at the year’s end. Full-time 1099 workers who would be otherwise entitled to workers’ compensation benefits if injured on the job are then excluded from coverage.

If your employer controls your work and these do not apply to you, you may be eligible for workers’ compensation benefits even if you are called an independent contractor, a seasonal worker, a day laborer, or a temporary worker.

Were You Hurt on the Job?

The Worker Had a Prior Injury

The Worker was on a “Frolic”

If a worker made a major departure from work duties and was injured, that injury will not be compensable by workers’ compensation.

For example, if a delivery driver went out to lunch with friends for a couple of hours between deliveries, this would be considered a frolic, and any injury sustained during the frolic is not compensable under workers’ compensation. However, if the employee has permission from the employer to stop for lunch for a specified amount of time, this may change.

Contrast the frolic with what the court deems a “detour,” which is a minor departure from work duties. For example, if that same driver stopped for coffee or to use the restroom while making deliveries, that would be considered a detour, and any injuries sustained during that time would probably be compensable under workers’ compensation.

The Worker was Engaged in Impermissible Activity at Work

If the worker was injured during work hours and while doing something the employer does not permit and does not know about, that is probably not compensable under workers’ compensation.

For example, if warehouse workers are tossing a football in the parking lot and someone gets injured, that will not be covered by workers’ compensation. However, if the employer gave permission for this break in work duties, or knew about it and did not stop it, the injury may be compensable.

The Worker was Engaged in Criminal Activity at Work

If a worker was injured while fighting with a coworker, that is not compensable under workers’ compensation unless the facts show that one worker attacked and injured another, who was innocent.

Was Your Injury Suffered By Working Conditions or During Regular Work Duties?

The injury, disease, or condition must be suffered during or caused by work to be compensable under workers’ compensation.

For example, secretaries and administrative assistants who spend many hours typing commonly suffer carpal tunnel syndrome. This is compensable under workers’ compensation.

If this same administrative assistant gets cancer, and there is nothing cancer-causing at the workplace, that will not be compensable.

These days, insurers are likely to fight claims of those workers who assert that they’ve contracted COVID-19 at work because it is nearly impossible to tell where and how someone is exposed to the coronavirus. If contact-tracing and strict quarantine had been initiated earlier, this might not be a problem. However, it is.

To extend workers’ compensation benefits to as many COVID-19 sufferers as possible, several states are considering or have passed legislation requiring insurers to approve COVID-19 workers’ compensation claims. Every state will likely pass this type of legislation soon.  If you believe you were exposed to the coronavirus at work and contracted COVID-19, as a result, file a claim. 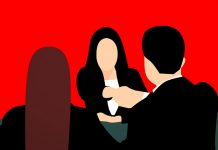 Which Professionals Should You Hire When Your Business Is Growing? 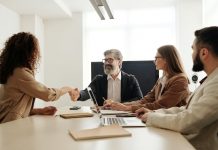 5 Types of People You Need in Your Company 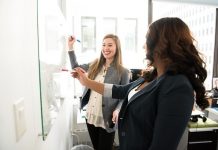 Here’s Why Your Company Should Invest in Outplacement Services