The telephone answering industry or call handling as it is often called had been with us for many years. Innovation saw the emergence of call handling and in the early days, the receptionist would have a pad and pen and manually transfer calls using clumsy cables and pins. Soon after the telephone arrived in the 19th century, switchboards soon followed, which allowed a centrally located person to answer incoming calls.

The very early call centers literally transferred a call from one location to another and were used when an employee wanted to make an outgoing call. They would press a button on their phone set that would alert the switchboard operator (as they were called in those days) who would then direct the call to a vacant outside line. Of course, the technology has changed tremendously since those days and the modern call handling provider would have state of the art call centre, where many trained staff answer calls from all corners of the globe. Today, there is an affordable telephone answering service for US businesses that allow companies to provide round-the-clock cover from a remote location.

In the 1940s, the Bell System came up with a new dialling tone and in1962, they also introduced area dialling codes which allowed people to call out of state for the very first time. In 1973, Rockwell introduced the first automatic call distribution service which really kickstarted the telephone answering industry.

The Mid-Eighties and the Digital Revolution

Rockwell began to get some serious competition in the mid 1980s, with organizations like Aspect Communications who were dedicated to the call handling sector. Then came the digital revolution and by that time, there was a high demand for live telephone answering, as companies had more lines installed in an effort to keep up with increasing telephone use. During this time, the telephone answering machine emerged and for a few years they were very popular, yet people do prefer to talk to another person rather than a machine and today, answering machines are not used in a business environment.

The digital development is ongoing and when you consider just how efficient the modern call centre is, it makes you wonder where we will be in say, 10 years time. Millions of businesses worldwide use the services of call handling providers as this is the most cost-effective way to have all calls answered in a professional and courteous manner. If you would like to see what a call centre can do for you, an online search will locate an established supplier and you can take it from there.

The reason why so many businesses use call handling services is affordability, as the call handler would have many customers, making the service very affordable. The other good thing about such a service is the flexibility it offers the customer. You can have the service during specific hours, or as a fill-in when your staff are absent and all it takes to change the arrangement is a single call. 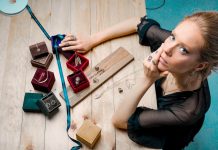 Building Your Small Business Brand in a Big Urban Environment 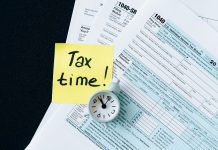 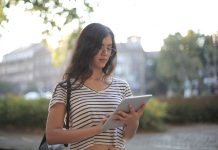