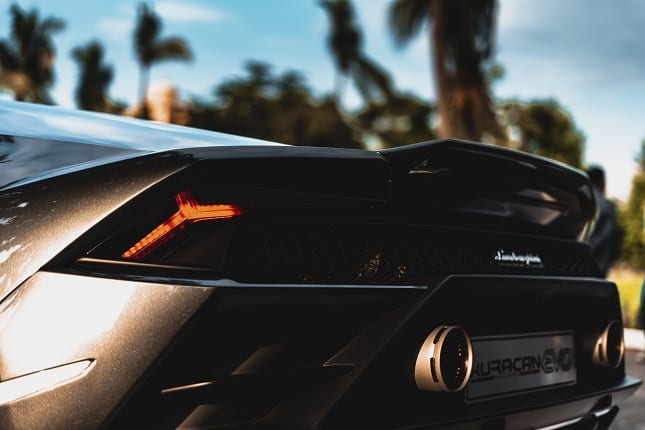 The inside is a Lambhorgini lover’s dream. A giant touchscreen with a unique infotainment system and excellent seats and steering wheel. Compared to the Huracan Performante, the Huracan Evo has higher performance, matching eye-candy front and rear end. It is also accessorized with a fantastic and bespoke set of wheels; this car is a real head-turner. Test runs have shown that the Huracan Evo is much faster than its predecessors. It might not bring home a Guinness World Record for being the quickest car available, but it definitely will give its competitors a run for their money.

The Huracan Evo is focused on providing a more entertaining experience for the driver as well. It offers top-class engineering not just in its body build but with its top-notch performance on the road.

With all of these upgrades provided to the Huracan Evo, the car doesn’t come cheap. The Huracan Evo offers a more engaging riding experience for the driver. With a V10 engine under its rear deck and a horsepower of 631 @ 8000 RPM, and a top speed of 202 mph, the word fast is not enough to describe it. Another feature is the tuned version of Lamborghini’s Performance Traction Control System. It assures better torque delivery in different conditions, including three driving modes; Strada, Corsa, and Sport.

Strada refers to the traction system minimizing rear-wheel slippage and ensuring stability and safety in all driving conditions while managing torque delivery on low adhesion surfaces.

Corsa refers to the traction system calibrating to achieve the rear-wheel slip. It optimizes the Huracan Evo’s traction and agility, especially when exiting corners and maximizing the driver’s performance. The Huracan Evo’s system is tuned to continue pumping torque to its rear wheel as the Evo aligns itself after drifting.

Sport refers to the traction system giving the driver a more exciting experience in speed, stability, and drifting.

The Huracan Evo features a 40-60 front-to-rear weight distribution. It also has the same double-wishbone suspension compared to other Lamborghini models. Its RWD is about 72.75 pounds (33 kg) lighter than the AWD model. For obvious reasons, it is more lightweight with a dry weight of 3062 pounds (1,389 kg). It also offers a Dynamic Steering system to increase driver feedback with special programming to its performance capability.

Some of the changes you will notice with the EVO RWD from its AWD brethren are:

In terms of styling, the Huracan Evo boasts updates such as radical facelifts, referring to its front fascia. It is notably more aggressive than the outgoing model featuring a sportier bumper inspired by the Performante model. Compared to older versions, which offer a simple, three-piece bumper with honeycomb mesh. The Huracan Evo is said to have a naked design, mostly seen on racing cars.

The revised outlets on the sides do have a Ypsilon shape. They have changed the center section and the splitter’s midsection, too, plus giving the upper “wing” form a trapezoidal shape. The lack of a grille provides the Huracan with Evo a more aggressive look, which is brought about by the more prominent splitter.

The lower side outlets of the Huracan Evo and its left profile panels remained unchanged but with a small difference with the design. New cooling systems are placed, which is not just a design feature because of the engine’s beefed-up version. The outlets have an almost square shape and are more significant than its triangular vents from previous models. New 20-inch sets of wheels wrapped in high-performance Pirelli P Zero tires are also one of its unique features.

The Huracan Evo’s feature similar to the Performante, the quad-exhaust layout with two pipes on each side of the diffuser was replaced. Two lines are located centrally and above the diffuser in a trapezoidal opening, which flanks on each side with a pair of smaller vents.

A new diffuser design has been added, which has five vertical slats. This design, initially done from the Performante but with the Huracan Evo, it features additional horizontal vents at the corners. Very unique to the Huracan Evo. The headlight grille is different, which doesn’t become narrower in the center than the other Lambo designs; it now has the same height from one side of the light to the other.

New exterior paint also has been introduced for the Huracan Evo version. It is named Arancio Xanto, a four-layered color of combined burnt and bright orange.

The Huracan Evo interior offered an infotainment display and compared to its predecessors, which provides a few knobs and switches, drivers would love the new generation look inside. An 8.4-inch display that stretches over the entire length of the dashboard also provides visibility of the car’s infotainment system, which also gives the driver access to a multi-media system covering navigation, video player, and radio too. Apple users will enjoy the Apple CarPlay feature, which allows integration and voice commands through Siri.

Owning the Huracan Evo will surely excite the driver considering it is a cool car. Its previous version may have had some setbacks. Fortunately, the upgrades to the final version offered in the market appealed to the car’s outsides and overall performance. 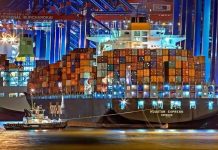 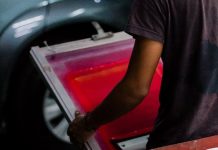 Everything to Know About Screen Printing 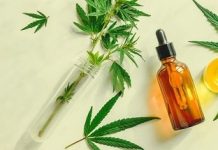