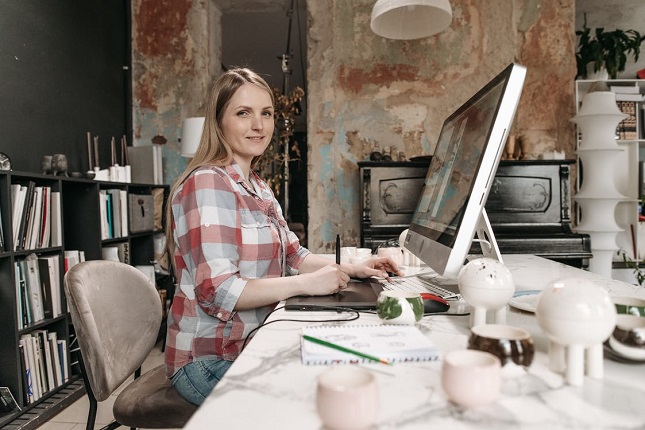 2016’s feature film “Hidden Figures,” tells the story of three African American women – scientists, mathematicians, and engineers – who played instrumental roles in NASA’s successful mission to send John Glenn into orbit in 1962. The movie depicts the significant racial and gender discrimination they underwent while performing their duties, and the way they ultimately transcended those experiences to make the contributions they did.

Sometimes a given history of women’s involvement in the worlds of business and technology can incorrectly portray women’s entrance as relatively recent. This isn’t true. Women have found ways to dream; to learn; to experiment, and to contribute to these realms from the beginning. This is true despite being excluded, forbidden, and silenced.

However, today’s era is slowly changing the status quo. Though women are far from being equally represented and having the same opportunities as men in these spheres, women’s influence in each one is slowly but surely increasing. The road has been long and difficult and has forged incredible stories and leaders as a result that can teach us hugely important lessons.

The History of Women in the Technology Landscape

From a historical point of view, it’s worth pointing out that education for women within the fields of science, technology, and maths was typically reserved for men. Thankfully this culture has done 180 degree turn and many young women now have access to the level of education that was once unattainable. Today, you can go as far as teaching yourself different disciplines such as coding from home which is another testament of the progress society has made.

Though the vast majority of people working in the fields of both business and technology have been male, an astounding number of vitally important discoveries or inventions have been contributed by women in nearly every field of science and technology ranging from medicine to computing. This impressive lineage and turnout-per-capita reveals women’s stark aptitudes and capabilities in a host of industries and subjects.

Founders like Joy Buolamwini, Marita Cheng, Amany Killawi, and countless more have created dynamic and innovative enterprises that are changing their respective industries. And these figures stand on the shoulders of previous generations of female innovators, inventors, professionals, programmers, and groundbreakers.

Today’s business and technology communities are engaging in the gender equity conversation. Prominent thought leaders are advocating for better male and female equality and representation. This ranges across every level within each industry, from the intake of interns and entry-level employees all the way through the executive suite and the board room.

Studies are showing strong indications that diverse companies and leadership teams far out-perform their monotone, mono-demographic counterparts. This press and advocacy are helping to turn the tide. Initiatives are widespread – from making high-level professional training more accessible, to making female tech and business leaders more visible and better able to inspire more females to pursue leadership roles, to encouraging young girls to consider careers in these areas. Significant action is being taken to change the landscape for good.

Lessons We Can Learn from Women in Business and Tech

The experience of being a woman in traditionally male fields like business and technology is almost always difficult and comes with adversity. Because of this, the women who have succeeded to make inroads and create a space for themselves in these realms have had to demonstrate incredible character and fortitude. The following are just a few of the things we can learn from women in tech.

Defined by Merriam-Webster as “an ability to recover from or adjust easily to misfortune or change,” women that enter traditionally male tech spaces face dissension, mistrust, mistreatment, and a highly volatile experience. They need to be able to pivot and bounce back from disappointments. Whenever they’re passed over for a promotion or leadership position they rightfully earned for instance or have to start over building trust and credibility when an old supervisor moves on, women in tech display incredible resilience that can inspire all of us to do more of the same.

Knowing something will be an uphill battle is enough to put many people off. Most people don’t have the gumption to apply for a position, enter a training course or college major, or take a job that will almost guarantee feeling isolated and different, facing belittlement or an uneven playing ground, and experiencing the adversity that comes with entering a landscape as a minority player. Women that enter the business and tech worlds – and especially those women who were the first to pave the way – are courageous. They have much to teach us about being brave.

Women that enter business or tech spaces can imagine change and are willing to take action steps to bring it about. Women in tech also contribute profoundly different experiences and perspectives to situations and problems than the majority of those around them. They are incredible assets to change making and innovation efforts. Because of the unique perspective they provide, women can contribute significantly to finding creative solutions and problem-solving.

Even in just its current phase, women have worked to make room for themselves in the tech and business world for decades. Generations of women have slowly chipped away at sexist structures and prejudice. It would be easy to be discouraged by the long, slow work of pursuing gender equity in business and tech. However, they have not been deterred and the movement is stronger than ever. Next generations of women will continue to pursue these dreams as well and the hope that drives each one on is fueled by the small successes that have come before them.

Many have joined the ranks of females who have taken on difficult paths in business and tech spaces. These women that have quietly, stubbornly, resiliently, and courageously succeeded have much to teach us. We benefit not just from their profound (though often under-celebrated) influences and contributions to the widespread worlds of tech and business, but the way they’ve demonstrated the characteristics above (and many more) in their quest to help build a better future for the world. 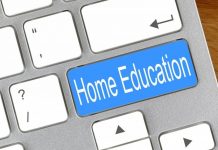 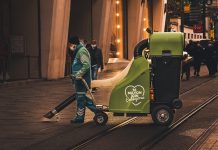 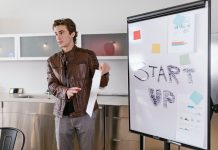 Where to Find Funding for Your Technology Startup