In this article, we will see what the ATEX Directive 94/9/EC is, its development over time, the definitions, and some of the ATEX zones concerned.

First of all, the acronym comes from French ATmosphère EXplosive or rather an explosive atmosphere.

This directive, issued by the European Union, defines the safety standards necessary for all equipment and protection systems intended for environments with potentially explosive atmospheres.

In Italy it has come into effect on July 1st, 2003, and serves to guarantee the free movement of goods between the countries of the European Community, outlining fundamental requirements for health and safety.

Again, the new directive is aimed at facilitating the circulation of products, so as to protect companies and standardize regulations in all EU countries.

We will better understand the details of this important directive, thanks to the contribution of experts from Sorgato.com

It is important to understand the definitions to identify what exactly are the affected categories of machinery (and devices).

Among the changes to the new direct,ive we also find some definitions.
Let’s see which ones:

Among its obligations include: the execution of the conformity procedure, the guarantee that the products are manufactured in compliance with the essential health and safety requirements, the affixing of the explosion protection mark together with a type / series / batch number to allow identification, the preparation of technical documentation.

Another difference compared to the previous legislation is the extension of the definitions with the additions of the New Legislative Framework (Goods Package 2008) which introduces further innovations with respect to the free movement of products in the EU.

This enlargement in turn consists of two regulations:

All environments with potentially explosive atmospheres are classified in this way.
The essential characteristics to fall into the category are related to the phenomenon of combustion, and are:

How are Atex Zones Classified?

They are classified according to the frequency of explosive atmospheres and their duration, whether they are due to gas or dust.

The former is defined as follows:

The second group, on the other hand, looks like this:

Zones 20 and 21 are the most exposed to the risk of explosion, so it is always recommended to place the systems in zone 22. In this case, only one security system is needed and the system can be self-certified.

When it is not possible, the systems must be equipped with double safety systems and must be certified by competent bodies.

Dust does not have all the same characteristics. Before designing a system following the ATEX directive, it is necessary to consider some criteria, in particular the dust level of danger.

To do this, we can rely on two parameters:

There are some components that are more involved in the explosion, among them we find the explosion vents that break to allow the explosion to vent. A check is also necessary for internal components, however, which may have been damaged with the impact.

In the event of a deflagration, the system will have to be re-certified to ensure that it is still up to standard. Here are the safety systems established by the directive:

The Filters of Atex Systems

ATEX filters (bag filters) are equipped with explosion or flameless vents that open and vent the explosion, in this way the filter itself is prevented from exploding. They also withstand higher pressures than safety panels, precisely for this reason. Filters need to be designed according to the explosion pressure, which is determined by the dust used in production. 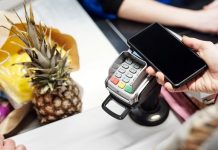 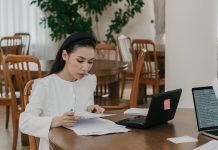 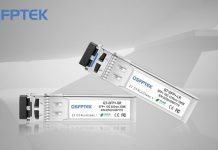