We’ve all probably heard from one of our friends or family members that they’ve “never been busier” than when they were in lockdown. But is this true or are they just saying that to hide the fact that they’ve really spent the time slouched in front of the television?

The poster specialists instantprint conducted a study recently quizzing 1,000 Brits who’ve been working from home due to COVID-19 and came across some pretty interesting findings.

More than half of UK adults (51%) who’ve found themselves working from home this year admitted that they were putting more time into their job than they had been before being banished from the office. This is very interesting indeed, as traditional logic would dictate that with the iron gaze of the boss absent, many workers would actually work less. However, when you’re at home and there are none of the distractions associated with the office (the other people) not to mention the lack of commute, working from home is actually proving to be incredibly productive for most.

Comparatively, 15% claim to have perfected the work-life balance in 2020, confiding in us that they’re really working fewer hours than they normally would have done. And more than a third (35%) also claimed to be working the same amount as hours as had done before lockdown life commenced.

Out of Work Time:

In the hours when we’re not working, the research found that many of us are turning to entertainment to stave off lockdown misery, with an equal 26% turning to Netflix and reading to fill the silence. That’s not to say that we’ve not been completely lacking though, as 18% of us are ensuring we keep on top of our workout routines and a combined 32% have taken the opportunity to get into running or cycling as a means of staying productive during lockdown.

Do We Need to Be More Productive or Should We Go Easier on Ourselves?

We appear to be doing just fine. Of those surveyed, 15% claim to have perfected their work-life balance during lockdown. Of course, there is always going to be an increase in mental health problems during a national crisis but we believe that the best way to mitigate this is to take the pressure off a little. Don’t feel that because your friend wrote a novel and your sister got in the best shape of her life that you are a failure for not doing likewise.

These are incredibly dark and uncertain times and we should all be given a pat on the back just for getting through the days without breaking down into tears. It’s a tough ride and it’s probably going to be just as tough in 2021 but as long as we learnt to be a little less harsh on each other and stop nagging on about COVID productivity then we should come through it together. 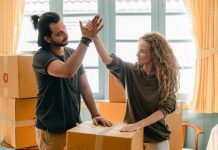 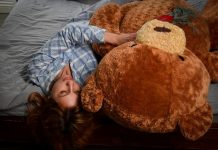 Makeover Ideas For You And Your Household 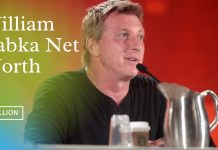